An Abandoned Dafo Temple in Xindian

August 14, 2019
Few weeks ago, while hiking with friends on Mt. Hemei 和美山 close to Bitan 碧潭 in Xindian 新店 , we came across an abandoned temple. I was really surprised to see how run down the temple was. I remember walking past the temple many times during the last 15 years and it was always bustling with life. The incense was burning, the tables were full of fruits and flowers to be blessed and the people were coming in and out of the temple.  This time a completely different scene has spread in front of our eyes, the scene of emptiness and sorrow. 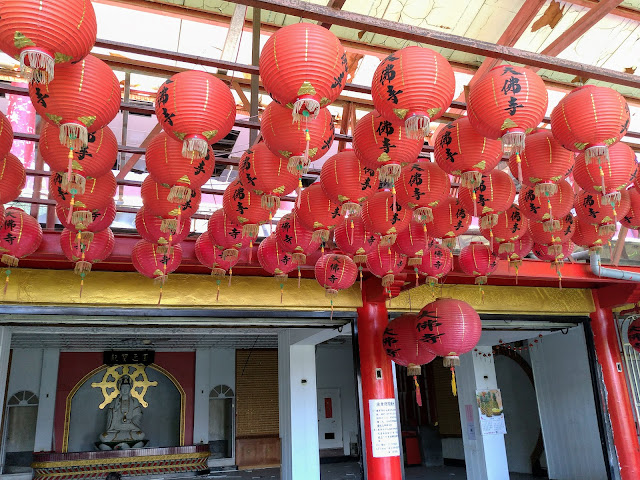 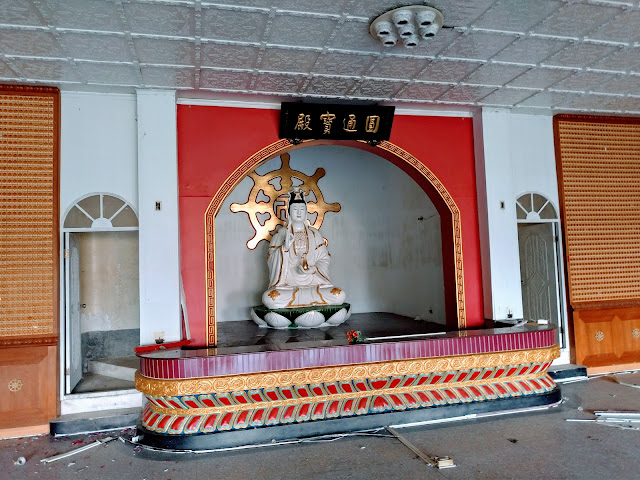 Unfortunately there was no information as to what happened or where the temple has been moved. 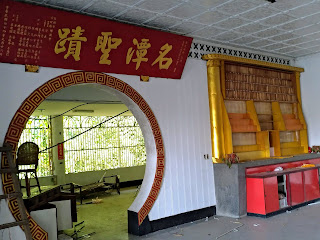 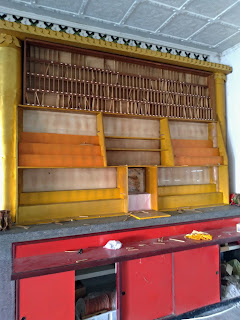 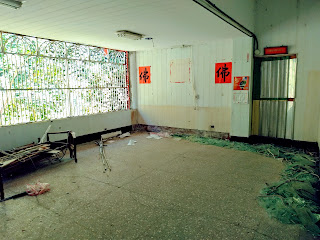 After seeing the state of the temple I decided to find out what has happened, and what was the history of the temple. Here is what I found out - it was a Buddhist temple 大佛寺 build on that spot in 1965. At that time there was a recreation park in the area and the temple was inside the park. There was no written agreement between the temple and the company running the park about the usage of the land. The monks claim that at one point of time they have paid 3 million NT$ for the land, but during the court hearings the witness testified that the payment was for something else, not for the land purchase.
In the 1970th the park went bankrupt and the land was sold. Starting 1977 the land has been changing owners many times. Eventually in 2000 the land has been auctioned and the temple was ordered to pay rent to the new owner until they move out.
This year, in April, the time has come and the temple and after almost 55 years was closed down. 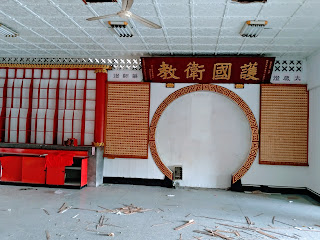 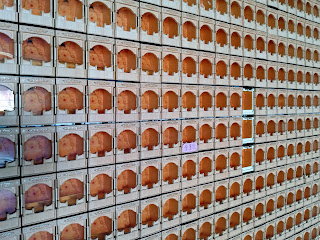 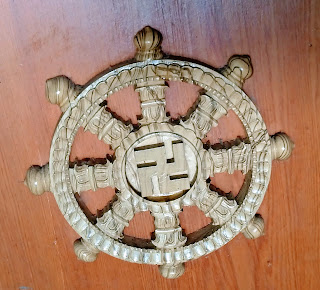 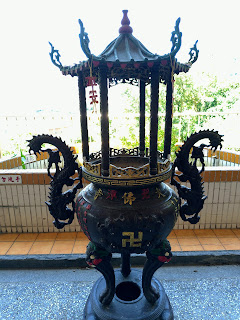 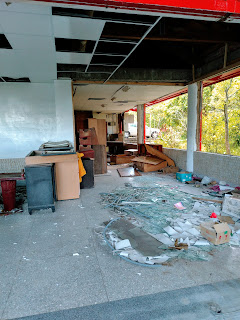 Visit the link below if you are interested in a more detailed history of the Xindian Dafo Temple and can read Chinese - DAFO TEMPLE.

Popular posts from this blog

March 29, 2014
Last week Jaś has been very busy working on the animal classification lapbook. Lately it's been very difficult to get him interested in doing any kind of project, but to my surprise he has finished this lapbook in just a few days! I am really proud of him.

I used a ready lapbook template from the wonderful Homeschool Share website, but I asked Jaś to writ all the information in his own handwriting instead of just printing the prepared text.

Here are the photos of his lapbook: